Now this is what the Six Nations is all about. Everyone is waiting with bated breath at what promises to be an ultra-intense and fierce game. England on a roll, physical, clinical and piling points. Wales not performing to their best but 2 wins and on the verge of a record-breaking run of victories. Many in the media have set this one down as the Championship decider. What a load of rubbish! Ireland have only lost one game and are yet to play Ireland. England have the better run in but should never underestimate the banana skin that is Scotland.

So, can we predict this game?

Danny Care reckons England have to have an off day for Wales to win. In some respects I agree with that, as long as England can re-create the intensity of the first two wins. .

The problem is that of all the places in the rugby union world it is in Wales where England tend to underperform most. 2013 still lingers in the memory horribly when Adam Jones took apart the England scrum with a perfect streetwise performance.The atmosphere in the Principality is unique. It is so palpable and right in your face. If that roof is closed the noise is immense. Can the inexperienced England rugby players deal with it?

Let's be fair straight away, England have not really been challengedphysically and creatively so far. Ireland though physical were caught cold, stifled and demoralised insidethe first half.  France, well except fortiny glimpses were bl****y awful.  Whatworried me was that when some of the French players did attack well Englandwere falling off the tackles again like in the Autumn.  If they do that against Wales, it will begoodnight Vienna.  Liam Williams,Hadleigh Parkes and George North are in form and have speed and a real cuttingedge.

Defence is going to be king on Saturday.  Shawn Edwards, well we know all about how hewill motivate and organise Wales.  ButJohn Mitchell has made a clear difference to England so the clash isfascinating. Courtney Lawes who was a bright spot in the Autumn, as a sub, isplaying at the top of his game.  Aggressivebut very disciplined which is a big improvement.  His tackle on Bastereau was immense and soperfectly timed.  What worries me forEngland is Jack Nowell.  Althoughimproved his defensive positioning is still suspect. 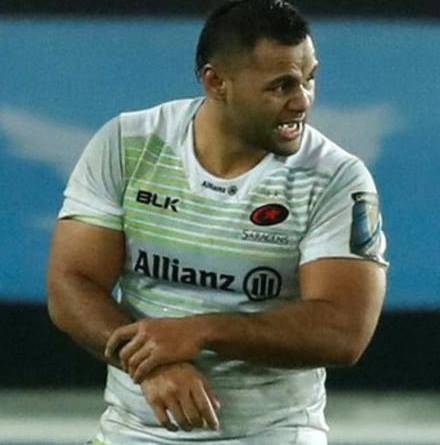 This is definitely where England have the advantage. In Billy Vunipola, his brother Mako and Manu Tuilagi they ran riot and made big holes in the first two games sucking in the defenders. But Mako is out. It is a massive loss in the bullocking runs he made, his jackaling, scrummaging and leadership.But Wales don't really have that big unit presence as much. I think if they try to take on England Physically head to head, they will suffer and lose. I don't think they will though. They will play smart and fast and try and move the big lads around tire them out and create mismatches so expect to see some of the backs coming around the back of the breakdown to scythe through slower forwards, George North and Liam Williams especially.

The Break Down and The Scrum

Now this is where Wales' strength really lies.  The back row and the seconds all get to theball fast and create problems for the opposition as well as recycle speedily torelease the backs.  Tipuric will be atackling and break down machine along with the impressive workhorse JoshNavidi.

England have to really step up.  It's an area they have been outfoxed by Walestime and again.  Make will be missed herebut I have been impressed by Curry and also some of the backs like Nowell andSlade putting in the hard work.  Theywill have to be on top form and NO PENALTIES!

As for the scrum this is where Wales pride themselves withtheir technical prowess against heavier packs. With Mako out England are weakened. I am glad that Eddie has chosen Ben Moon rather than Ellis Genge.  I think this is to combat Wales with Ben'stechnical knowledge and much cooler head. I can see Gatland is already tryingto wind up Sinkler and bend the referees mind. Always the way.  But the scrum isgoing to be a fascinating contest.

England Will Attack The Wales Line Out

This is Wales' real weak spot and for some reason has beenfor quite a few years.  It could be whereEngland really go for them with Courtney Lawes and his Inspector Gadgetarms.  It can provide a a good counterattacking opportunity as well for England as well as giving them great ball ontheir own throw in.  Wales must get itright or any kicking for territory to pin England back is going to be pointless

So Who is Going To Win - Wales Or England?

If you look at the statistics and the two previous rounds, then you would say that England should win by 7-15 points. But this is Wales and things are never quite that simple. They have a way of winding up the opposition or intimidating them in that cauldron of a stadium. Plus, if the past teaches us anything they have a wealth of history and grievances to draw upon. You only have to look at Phil Bennett's inflammatory speech in 1977.I think if England can keep their heads and keep the penalties down then a win by 7-10 is on the cards. If they infringe and especially if Halfpenny plays, then it could be a long afternoon and Wales could shave it by 3-7. Wales will score tries they have such scything runners.But more than anything I hope it's a cracking game to watch.